It has been confirmed that the much-anticipated wedding of Bollywood lovebirds Ranbir Kapoor and Alia Bhatt will take place on the date that has already been set. Alia Bhatt’s stepbrother Rahul Bhatt announced on Twitter. Despite all the media coverage and intrigue, the pair has decided to postpone the wedding. Read the article to know about Alia Ranbir wedding Postponed– New Marriage date & Venue.

Although there has been great anticipation and planning, the Alia Bhatt-Ranbir Kapoor wedding has been postponed. Alia Bhatt’s uncle, Robin Bhatt, had previously announced that the two stars were planning to marry on April 14. However, the family has now announced that the wedding will be postponed by about one week. As of the right moment, though, there is no confirm date in mind. 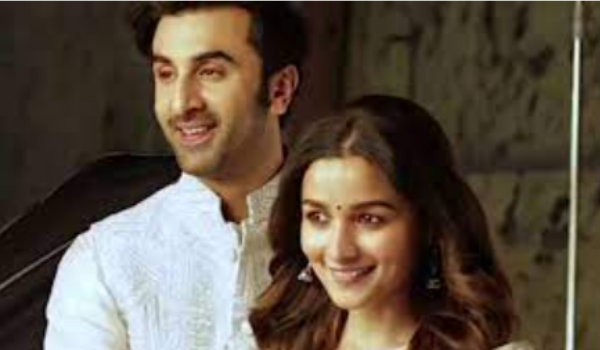 In an interview published on Tuesday, Alia’s half-brother Rahul Bhatt emphasized that the wedding would no longer take place on April 14 and that there would be no events on April 13. Before that, Robin Bhatt had informed the media that a Mehendi celebration would take place on April 13. According to reports, the wedding will occur at the Kapoor family residence in Chembur. The property has been decorated in the last few days, and residents have been provided with security measures.

Meanwhile, according to the various sources, Ranbir and Alia have opted to postpone their wedding since information regarding the site and date of the event has been leaked to the media. “The wedding is taking place, and everyone is aware of it,” Alia’s half-brother Rahul Bhatt said in the discussion.

Ranbir’s late father, Rishi Kapoor, envisioned a lavish wedding for his son in December 2020, even though the pair would tie the knot as soon as possible this week. Subhash Ghai, a filmmaker, told the Bombay Times that Rishi Kapoor informed him of Ranbir and Alia’s wedding plans in 2020. A protracted struggle with cancer ultimately claimed the life of the Bobby actor, who died in April 2020.

Rahul shared his thoughts. “Yes, the wedding is still scheduled for this week and has not been postponed. The reporter in the story misquoted me. I haven’t told anybody about the next event. All I can say is that it will only be a matter of time until you see an official release from their end of things. I can’t give you an exact date, but it will take place shortly. I can tell you that it will occur before the 20th of this month.”

Rahul went on to say, “For practical considerations, it is possible that the wedding would be held at the Taj Hotel, Colaba. And this is done to keep the paparazzi at bay and preserve confidentiality. While we’re talking, the procedures and preparations are being finalized.”

Speaking further about the wedding plans, Rahul said that he had been told to turn off his phone to prevent inside information from leaking to the public. “I am not authorized to comment at this time. And I’m not going to open my mouth. It is just a matter of time until it happens. When I was a gym teacher, I was ordered to turn off my phone, but I couldn’t since I needed to be available to my customers so I couldn’t do that. “He went on to say more.

According to one of the media sources, Ranbir has reserved a banquet hall at his home complex, which is located in Mumbai, for the occasion. According to some rumors, the pair is expected to exchange vows at Ranbir Kapoor’s Pali Hill residence.

A maximum of 40 to 50 guests will be permitted in the banquet hall. According to some sources, Ranbir informed the construction committee that no more than 15 persons would be there at any one moment on any given day.

In addition, it is believed that the wedding would be done in Punjabi custom. After the rites, evening langar will be held at a Sikh temple in Mumbai.