Following an altercation, Chandru, a 22-year-old Bengaluru resident, was stabbed in the stomach on April 5, 2022. As he traveled through Haleguddadahalli, Chandru’s motorcycle collided with another bike. The bike rider, named Shahid Pasha, became embroiled in an altercation with Chandru and stabbed him in the chest. Chandru subsequently died of his injuries while being treated at a medical facility. Read the article to know about Chandru Murder Case – findings, details, development so far.

The governing Bharatiya Janata Party (BJP) seems to be on the verge of a confrontation with the Bengaluru city police over the murder of Chandru in J.J. Nagar on Monday On Saturday, Ravikumar, General Secretary of the Bharatiya Janata Party in Karnataka, said that the local police department was “covering up” the crime and the events that led up to it.

“It’s possible that the cops are attempting to avoid further work. Chandru was slain because he could not communicate in Urdu, as the Home Minister acknowledged unequivocally,” he claimed, calling for a fresh FIR to be filed and a “fair investigation” into the crime to be carried out.

Police Commissioner Kamal Pant, on the other hand, held to the version of events that he had tweeted following the murder. “According to the facts that have come to light as a result of our investigation so far, the murder occurred during an altercation that followed an accident,” he added, declining to provide any additional remark on the case.

Chandru and his buddy Simon Raj were riding their bikes home from a party when Shahid Pasha’s motorcycle crashed with theirs in the early hours of the morning on Monday. According to investigators, Chandru was stabbed to death during an incident after it happened.

However, a segment of the media and subsequent Home Minister Araga Jnanendra claimed that Chandru was murdered because he could not communicate in Urdu. Later, BJP officials C. T. Ravi and N. Ravikumar visited survivor Simon Raj’s home. They claimed he further said that Shahid Pasha and his gang targeted them because they could not speak Urdu, giving the incident a communal tinge.

According to police sources, the police department has a video recording of Simon Raj’s testimony to the police hours after the accident and murder in J.J. Nagar. He makes no mention of a disagreement over the use of the Urdu language.

In an official statement on its website, the Karnataka State Police said that media stories about Chandru being slain because he did not speak Urdu were false. Although early reports claimed that the murder was connected to an Urdu conspiracy, Mr. Jnanendra clarified that it was evident that the death occurred as a result of an accidental shooting. He was not killed because of his language skills.

Nonetheless, his party leaders said on Saturday that police were “covering up” the matter and deceiving the Home Minister, despite his explanation.

In the wake of the recent murder of a 22-year-old man in Bengaluru, Karnataka home minister Araga Jnanendra’s claim that he was killed because he did not know Urdu was disputed by the city’s police department, sparking a political uproar.

According to a fact-check issued on the Bengaluru police department’s official website, screen photos were taken from the coverage of a few news networks that carried the home minister’s comments. 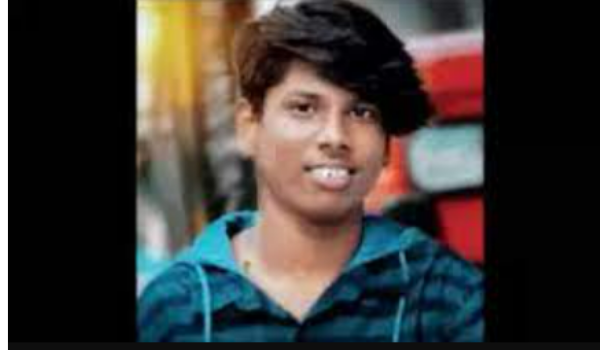 In a press conference, the police claimed that the home minister’s assertions that the deceased, known as Chandru, was murdered because he could not speak Urdu were untrue.

“As a result of Jnanendra’s comments, police presence in the city has been enhanced out of concern about communal tensions,” said a top Bengaluru police officer who requested anonymity.

A man named Chandru was reportedly killed in the early hours of Tuesday morning, and police detained three people in connection with the crime the same day.

A CCTV recording of the event shows Chandru being violently assaulted by the accused Shahid Pasha and his pals, who brandished swords and knives as they attacked Chandru. According to witnesses, Chandru was observed with significant injuries and appealed to the accused to let him go free.

The police have now apprehended Shahid Pasha, 21, Shahid Goli, 22, and a juvenile for stabbing Chandru to death. The police arrested the culprit based on surveillance video and local information acquired at the crime location. They are being held in custody.

According to a tweet from Bengaluru Police Commissioner Kamal Pant, Shahid stabbed Chandru in the right thigh, and the perpetrators left the scene after stabbing him. According to the police commissioner, Chandru was a member of the Christian community who had gone to a restaurant on Mysore Road with his buddy Simon Raj before being shot.