CWD can affect deer, elk, reindeer, sika deer, and moose, according to the Centers for Disease Control (CDC). It continues by saying that CWD is fatal for animals and that there is no available therapy or vaccine. To date, 26 states in the U.S. have been confirmed to have a case of CWD. Read the article to know about Deer Zombie Disease in Canada – What is it and how lethal is it?

In addition to deer, elk, reindeer, and sika deer, moose are affected by chronic wasting disease (CWD), a form of prion disease. The U.S., Canada and Norway, and South Korea have been affected by the disaster. 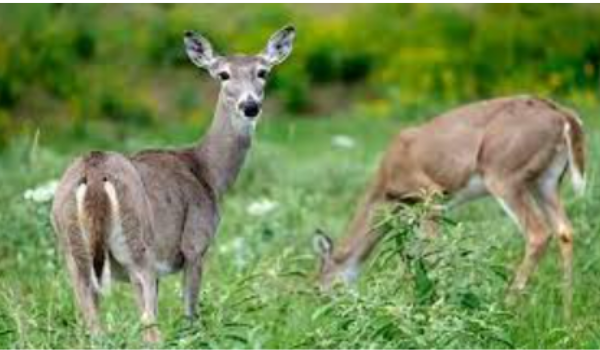 It may take months or even years for animals with a compromised immune system to show symptoms. Affected individuals may experience excessive weight loss (wasting), stumbling, and listlessness, among other symptoms. Infected animals of all ages can develop CWD, and some may not ever show signs. The disease usually kills animals that have been infected with it. Neither a vaccine nor a treatment is available as of yet.

The Centers for Disease Control and Prevention have not reported any human infections due to CWD. However, it is possible that certain types of nonhuman primates, such as monkeys, may be at risk for contracting CWD if they eat beef from CWD-infected animals or come in contact with the brains of or the body fluids of infected deer or elk.

As a result of these studies, there is some concern that this may also pose a human risk. The World Health Organization has emphasized the importance of preventing prion disease agents from entering the food chain.

Chronic Wasting Disease (CWD) has been affecting Canadian deer populations. The disease has been dubbed the “Zombie disease” because of the symptoms it causes.

CWD was first reported in the United States in 1960. According to health experts, at least two Canadian provinces have been hit by the virus – Alberta, and Saskatchewan. In 1996, CWD was detected in an elk farm in Saskatchewan and spread to wild deer, as various sources reported.

According to Margo Pybus, a wildlife disease specialist with the Alberta government, CWD has begun spreading in Alberta and Saskatchewan. This epidemic is raging across the Prairies and Parklands of America and affects deer in those areas.”

How lethal is Deer Zombie Disease?

According to the various sources, people may contact CWD from eating sick deer or elk. Hunting is also a common way for consumers to contract the disease.

If they mishandle the carcass, blood or brain matter could be transferred into their bodies, or they could eat the meat, in which case they could contract the virus.

Prion protein, the cause of CWD, does not degrade when cooked, and it remains infectious after cooking. However, it is unknown if individuals can become infected with CWD prions. As to human cases of CWD, the CDC claims that there has been no firm evidence of the disease.

However, the health agency says that people should avoid handling or eating meat from sick deer and wear latex or rubber gloves when handling the animals and handling the meat. It also advises not to dress meat with a kitchen knife.

Experts believe that CWD causes a loss of control in the brain of an affected animal. The Canadian Food Inspection Agency lists excessive salivation, lack of coordination, strange behavior, excessive urine, and weight loss as signs of CWD in animals.

In addition, health experts warned that the “Zombie disease” may spread to humans through eating deer meat or elk meat that has been infected. Hunters are particularly at risk of contracting it.

Blood or brain matter may have entered the body depending on how the carcass was handled. In addition, CWD is spread through eating the flesh because prion protein stays infectious even when cooked.

According to various sources, human disease cases are yet to be proven. To prevent the risk of contracting the infection, the agency has asked people not to shoot, handle, or eat the meat of deer that appear sick.

When and where was CWD first discovered among deer?

In the late 1960s, CWD was first detected in deer held in a research facility as a highly contagious disease. It was then found in the wild in Colorado in 1981. Currently, it is considered an endemic disease only in Colorado, Oklahoma, Kansas, Nebraska, Minnesota, Wisconsin, South Dakota, and Montana. At least 26 states now have chronic wasting disease.

4th Wave of Covid-19 in USA, India, China and Other Countries0 Total Shares