According to information obtained by the various sources, Lieutenant General Manoj Pande will be designated the next Army head this week. Currently serving as Vice Chief of the Army, Pande will succeed Gen. M.M. Naravane, slated to retire as Army chief of staff at the end of this month. However, according to official sources, no decision has yet been made on who would be the new Chief of Defence Staff. Read the article to know about Manoj Pande Army General Bio, Family, Medals, Achievements.

Lt. Gen. Manoj Pande joined the Corps of Engineers in December 1982 after receiving his commission from the Army (The Bombay Sappers). On February 1, 2022, Lt Gen Manoj Pande assumed the position of Vice Chief of the Army Staff, succeeding Lt Gen Mohanty, who had retired on January 31. Lt Gen Pande is a graduate of the National Defence Academy. 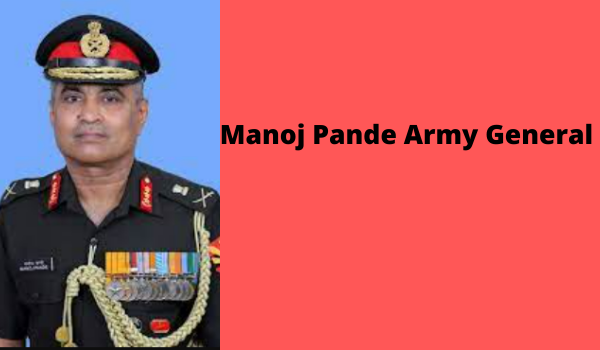 A major commanding officer during Operation Parakram, he oversaw an Engineer Regiment in the highly sensitive Pallianwala Sector, which included the Line of Control in Jammu and Kashmir. He successfully finished his studies at Staff College, Camberley (United Kingdom). In addition, he took courses at the Higher Command (HC) and the National Defense College (NDC).

His father, Dr. C G Pande, was the former Head of the Department of Psychology at Nagpur University, and he passed away recently. Prema Pande was his mother’s maiden name. His ancestors hail from the city of Nagpur. After finishing his secondary education, he was accepted into the National Defence Academy (NDA).

He received his bachelor’s degree from Staff College, Camberley (United Kingdom), and he also attended the Higher Command (HC) and National Defence College (NDC) Courses in the United States. He married Archana Salpekar, who was his childhood sweetheart. She graduated from the Government Dental College and Hospital in Nagpur with a Gold medal.

In December 1982, he was commissioned as an engineer in the United States Army Corps of Engineers (The Bombay Sappers). In the United Kingdom, he completed a training course. In Assam, in the northeastern Indian state of Assam, he took over command of a mountain brigade. While working at the United Nations Mission in Ethiopia and Eritrea as the Chief Engineer, he was raised to the rank of Lieutenant Colonel.

General Officer 117 Engineer Regiment was in charge of the regiment during Operation Parakram, which took place in the sensitive Pallanwala Sector of Jammu and Kashmir, near the Line of Control.

He was then commissioned as a Brigadier and assigned to command an Engineer brigade as part of the western theatre of operations. After finishing school at the NDC, he was sent to Headquarters Eastern Command as Brigadier General Staff Operations Officer.

Following his promotion to Major General, he assumed control of the 8 Mountain Division in western Ladakh and engaged in high-altitude operations. As the Additional General, he worked in the Military Operations Directorate at Army headquarters for several years until retiring. He became the chief of staff of the Southern Command in the United States military after being elevated to the rank of Lieutenant-General.

Upon promotion to Major General, Pande was appointed commandant of the 8 Mountain Division, engaged in high-altitude operations in western Ladakh when he was promoted. At Army Headquarters (ADG), he was appointed Additional Director General of the Military Operations Directorate. He became Chief of Staff for the Southern Command upon being promoted to Lieutenant General.

Pande assumed command of the IV Corps in Tezpur from Lieutenant General Gurpal Singh Sangha on December 30, 2018. Corps personnel are presently engaged in counterinsurgency operations in the Line of Actual Control (LAC) and North East. After nearly a year and a half at the head of IV Corps, he was transferred to Army Headquarters. He was named Director-General, responsible for discipline, ceremonial, and welfare.

According to sources, both active and retired four-star and three-star commanders are vying for the chief of naval operations. While it is assumed that the CDS would be drawn from the Army, which is the biggest of the three military forces, the name of a former Indian Air Force commander is also making the rounds in the power corridors of the country.

While no official decision had been made on Monday afternoon, government sources stated that Lt Gen. Pande would be named the next Army commander this week, around ten days before Gen. Naravane is scheduled to step down from his position. According to sources, Lt Gen. Pande would be the next to succeed Gen. Naravane as commander of the Indian Army.