The OnePlus Ace smartphone has been released in China. The OnePlus 10R will be the name of the company’s latest premium Android smartphone, which will be released later this month in India. Ace’s unique selling point is its quick charging technology. The OnePlus Ace comes pre-loaded with support for SuperVOOC charging up to 150W. The mobile can be charged from zero to fifty percent in just five minutes using the charging technology.

With the Ace series, OnePlus has launched a new range of smartphones to the market. The new series has several specs and features that are competitive with the existing series. The OnePlus Ace is the first smartphone in this class, and it has specs that rival those of flagship devices. The phone is equipped with a 6.7-inch display with an OLED screen for a more pleasing viewing experience overall.

The device is also equipped with the most recent MediaTek Dimensity 8100 CPU, which provides solid performance. Also, the business has added a quad-camera arrangement at the back with a primary sensor that is 50MP in resolution. In addition, the phone has a 4,500mAh battery that is capable of rapid charging at a rate of 150W. The Android 12 operating system is pre-installed on the company’s newest smartphone.

The OnePlus Ace was projected to cost Rs. 31,890 when it will launch in India. The OnePlus Ace is scheduled to be released on April 26, 2022. It is the basic edition of the OnePlus Ace with 8 GB of RAM and 128 GB of internal storage, which was supposed to be available in Voice Chat and Black to Blue color options. 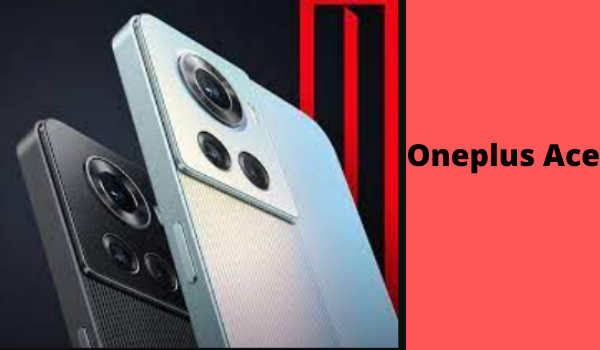 The smartphone is equipped with an AMOLED display of 6.7 inches in size. It is a bezel-less display that has a resolution of 1080 x 2412 pixels and a pixel density of 394 pixels per inch. A punch-hole has also been given in the manufacturer’s top center of the product.

The OnePlus Ace is equipped with a 50MP primary camera and an 8MP ultra-wide-angle camera, and a 2MP macro camera for close-up work. This triple-camera configuration has a CMOS image sensor, autofocus, optical image stabilization, an LED flash, and HDR mode, contributing to the high quality of the images captured. Additionally, a 16MP camera is available on the front of the device.

The OnePlus Ace’s internal functions are managed by a MediaTek Dimensity 8100 processor, which the company developed. Also included is an Octa-Core (Cortex A78 and Cortex A55) processing arrangement, which complements the design. The smartphone’s Mali-G610 MC6 GPU and 8GB RAM provide visually stunning visuals that run at a steady pace.

The OnePlus Ace is powered by a 4500mAh Li-Polymer type battery, which provides enough energy to run the device. Along with being non-removable, it is also compatible with a Super VOOC Charging mechanism that produces 150W.

The OnePlus Ace comes with 128GB of internal storage, which cannot be increased. This storage space is used for data and programs. The brand supports network connections on the 5G and 4G VoLTE bands and Wi-Fi, Mobile Hotspot, A-GPS with Glonass, USB Type-C, and Bluetooth v5.2 standards, among other features.

The smartphone was released on April 26, 2022. The phone is equipped with a 6.70-inch touchscreen display with a refresh rate of 120 Hz and 1080×2412 pixels (FHD+) resolution. The show has an aspect ratio of 20:9. For further protection, Gorilla Glass has been used on display. An octa-core CPU is the MediaTek Dimensity 8100 5G chip that powers the smartphone. It has a total of 8GB of RAM. The OnePlus Ace is powered by a 4500mAh battery and runs on Android 12. The OnePlus Ace is equipped with patented quick charging technology.