On the state government’s initiative, the ‘School Chalo Abhiyan‘ (School Chalo Campaign) will commence today to raise awareness among children and parents about the importance of school education. Chief Minister Yogi Adityanath (CM Yogi Adityanath) will launch the campaign from Shravasti, and it will be implemented on a large scale across the state of Uttar Pradesh.

It will be yet another endeavor by the government of Uttar Pradesh to determine the future of primary education and the growth of primary schools as an integral part of a comprehensive educational system. The Chief Minister has directed that priority be given to the districts with low literacy rates by a government spokeswoman. 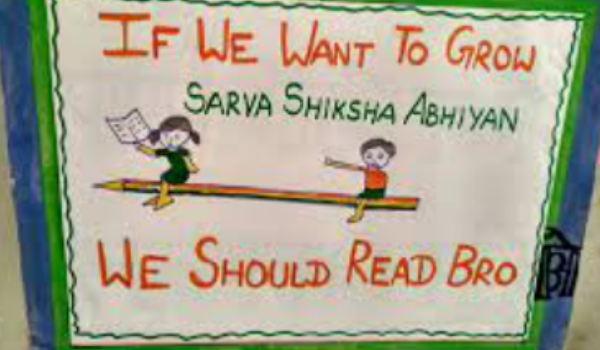 In his opinion, the state’s elementary schools should be better equipped with modern equipment. Beginning with Shravasti, which has the lowest literacy rate in the state, the ‘School Chalo Abhiyan’ will spread to Bahraich, Balrampur, Badaun, and Rampur.

As reported by the news source, the state administration is concentrating its efforts in the first phase on areas with a low literacy rate. In a recent directive, Chief Minister Yogi told the senior authorities that all teachers should go door-to-door to meet with parents and encourage their children to attend school.

As part of this effort, CM Yogi had advised officials from the education department that public leaders should be active and they should also encourage youngsters to attend school. A youngster between the ages of five and fourteen years will be included in this campaign by the state government. Those who did not participate in school or dropped out of school amid their education. These youngsters will be identified and accepted into the council’s educational institutions (schools).

As part of the campaign, Yogi Adityanath also told the authorities that, in addition to all of the public figures who would be involved, each member of the legislative assembly (MLA) must adopt one school.

Uniforms, shoes, and socks will be given to all students upon request.

He directed the officials to conduct a time-limited campaign to place instructors in every school under the jurisdiction of the Basic Education Commission.

The number of students enrolled in public schools has indeed grown since the Yogi Adityanath administration took office in Uttar Pradesh. Before then, the number of children enrolled in school steadily declined.

While enrollment in schools began to increase in the academic session 2017-18, the number of students registered in council schools increased to 1.73 crores for 2021-22, representing an increase of 8% from the previous year. During the School Chalo campaign, the Basic Education Department has been set the goal of enrolling two crore children in council schools, which the government hopes to achieve.