What is Starlink Internet Service by Elon Musk and What is its significance in the Russian Ukraine war are explained here. Elon Musk has earned a lot of followers in the internet world by responding to the request made by Ukraine to Elon Musk. According to the tweet made by the Deputy Prime Minister of Ukraine in the hall itself, he requested Elon Musk’s internet company SpaceX to provide internet service in Ukraine. We are going to give you detailed information about Starlink Internet Service by Elon Musk in the article below.

What is Starlink Internet Service

The ongoing war between Russia and Ukraine has created some new problems in front of the whole world. Internet service has been affected in some areas of Ukraine due to the attack by Russia. Due to this, contact with the outside world has been cut off. The Deputy Prime Minister of Ukraine had requested Elon Musk’s Starlink Internet Service provider SpaceX for help through a tweet.

He said in his tweet that “When you try to colonize Mars – Russia tries to occupy Ukraine! While your rockets successfully land from space – Russian rockets attack Ukrainian civilians! We ask you to Ask Ukraine to provide Starlink stations.” 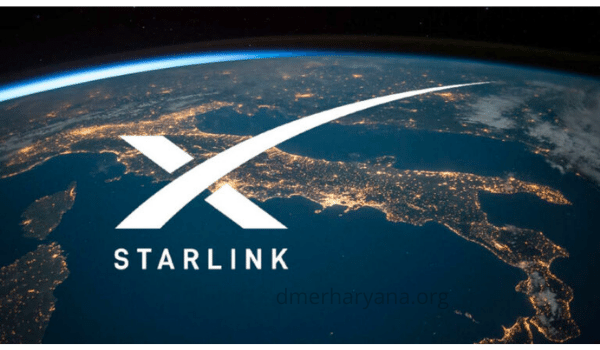 Starlink Internet Service is provided by Elon Musk’s company SpaceX. These services are not provided through any device or cable. This internet provided by SpaceX is a type of satellite internet access that is currently provided to Ukraine.

Through this service provided by SpaceX, now internet service has been restored all over Ukraine. According to the information we got, till now the internet was completely closed in the southern and eastern parts of Ukraine. After which the Deputy Prime Minister of Ukraine requested Elon Musk to start Starlink Internet Service in Ukraine through a tweet. While starting this service, Elon Musk had given information about it through tweets.

According to a user of Starlink, this is such an internet service that even the cyber cell of Russia cannot interrupt. To win any war, a cyber attack on the data centers of that country has become the first step of the war. Giving information on Russia’s attack on Ukraine, Internet Blockage Observatory Netblox said that so far, the southern and eastern parts of the country have suffered a lot in the attacks by Russia.

In a prompt response to the Internet help requested by Ukrainian Minister of Digital Transformation, Mykhailo Fedorov, Elon Musk has started satellite Internet access in Ukraine. Now Ukraine can inform the world about the attacks on itself through internet service even in the atmosphere of war.

Since the launch of this service, so far no comment has been given by Russia about it. The whole world is under pressure on Russia to resolve the war peacefully soon. Despite the economic commitment made by all NATO countries and the UN, the war does not seem to stop. Hopefully, the end of the war will be announced soon. Russia has also been given a lot of damage in the form of a retaliatory attack by Ukraine.